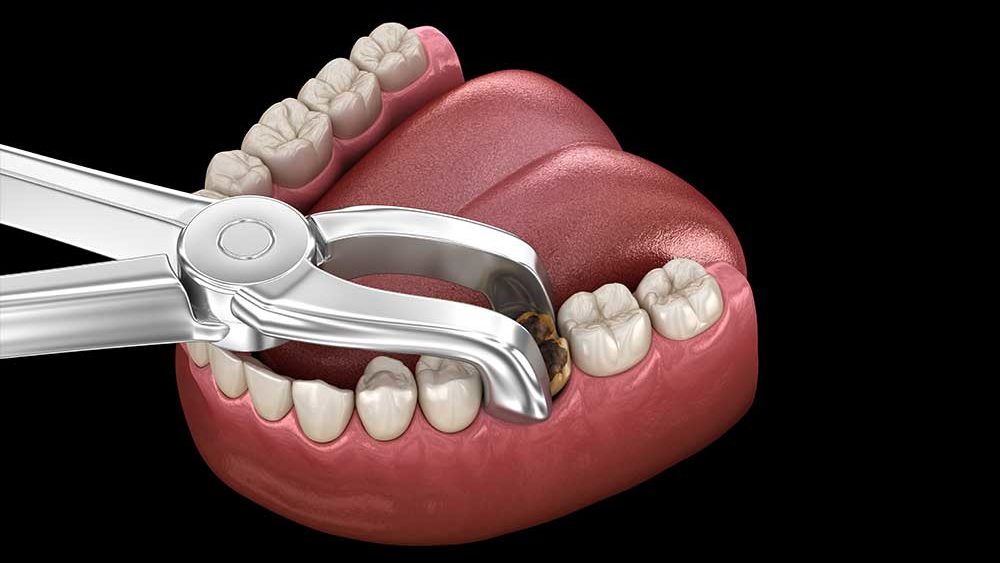 How To Stop Bleeding After Tooth Extraction

It is normal for your gum to continue to bleed for an hour or two after a tooth was extracted. However, if the area starts to bleed excessively, it may mean your body has a problem forming a blood clot. If that happens, contact your dentist. They can let you know if there is a problem with the site of the extraction. The dentist will do a thorough examination to determine if they need to do something to stop the bleeding. If there is no real medical reason for the bleeding, there are several things you can do to stop it. These methods are safe, effective and don’t cause you any pain.

How To Stop Bleeding After Tooth Extraction

Use A Warm Tea Bag

First, let the tea bag steep for two to three minutes in boiling water. Black tea is best because it has more tannin than other types of tea. Remove the tea bag from the boiling water and let it cool for a few minutes. Next, put the tea bag directly on the
bleeding area of the gum. Press it on the affected area for about five minutes.

Put Gauze On The Extraction Site And Bite Down On It

Another effective method dentists recommend to stop bleeding after tooth extraction is to use some pieces of gauze. Put them on the wound when the tooth extraction won t stop
bleeding. Then bite down with even pressure on the gauze for about an hour. Make sure to use enough gauze to completely cover the area from which the tooth was removed. Bite
down with enough pressure in order to make the bleeding stop completely. You should change the gauze about every 30 minutes until the blood starts forming clots and the
bleeding stops. Not putting enough pressure can make the extraction site keep on bleeding.

There are a number of things people use in combination with the gauze to stop excess bleeding after tooth extraction. Some people have success sprinkling powder from the herb Yarrow on the extraction site. They then put the gauze on it and press down hard.
An which hazel, an astringent liquid, can be poured on the gauze before placing it on the affected area. This helps stop the bleeding after tooth extraction. Sprinkling pure vitamin C powder on the extraction site before putting on the gauze can also help.
Zinc lozenges can also help the blood to clog and stop the bleeding faster.

The warm temperature inside the mouth can increase the length of time the gum bleeds after a tooth is extracted. To cool the tooth extraction site and increase the blood’s
ability to clot, some people treat the area from which the tooth was removed with ice cubes wrapped in gauze. The ice cubes cool the area while the gauze prevents the ice cubes from making direct contact with the wound.

A herbal complimentary medicine hemostatic product, Ankaferd Blood Stopper helps blood to coagulate and clot very quickly. Some dentists prescribe it for some patients after a tooth extraction. It can to stop the bleeding in a very short period of time when applied directly to the extraction site. It has been safely used in Anatolia, Turkey for centuries. According to the National Institutes of Health, the medicinal herbs in Ankaferd Blood Stopper have a unique effect on blood. They make the structures in it clot very quickly.

Aminocaproic Acid is an FDA approved prescription drug for treating bleeding disorders.
It prevents blood enzymes from stopping the blood from clotting. It can work wonders
after a tooth extraction to stop the gum from bleeding. Available in a liquid form, Aminocaproic Acid can be poured on to a piece of gauze. The gauze should then be placed
on the area of the gum where the tooth extraction was done and held in place. Bleeding should stop within about 30 minutes. If not, repeat the process every 30 minutes until
the bleeding stops completely.

A common cause of bleeding after a tooth has been extracted is if the person engages in
strenuous activity. Lifting heavy weights or doing strenuous household activities
within 72 hours after a tooth extraction can cause excessive, prolonged bleeding. The wise course of action is to only engage in mild to moderate activity immediately after having a tooth extracted. Strenuous activity makes the heart pump harder and faster and
makes it more difficult for the blood to clot. After a few days, the patient who had the tooth extracted can return to their normal activity level.

After having a tooth extracted, there are many things you can do to stop the bleeding.
Drinking smoothies is a great way to get the nutrients you need after having a tooth extracted. However, you should not drink it through a straw. Sucking on straws create excessive suction forces inside the mouth which can cause the extraction site to bleed.
It can also create a painful condition called a dry socket. That’s when air dislodges the blood clot and has gotten in the hole where the tooth had been. Smoking or spitting
excessively within 72 hours of the tooth extraction can also cause pain and bleeding.

There are a number of very effective homemade remedies people have used for centuries to stop or prevent pain and bleeding after tooth extraction. Two popular ones are:

How To Use Warm Salt Water For Bleeding After Tooth Extraction

People with pain and bleeding after tooth extraction can use salt water to rinse their mouths and gargle. This home remedy has long proven effective for cleaning the mouth, stopping bleeding and warding off infection. It’s fast, easy to do and inexpensive. Most people have salt somewhere in their cupboards. Just put a teaspoon or two of salt
into an 8 ounce glass of warm water to dissolve. After stirring it for a minute or so,
take some into your mouth. Slowly and gently swish the mixture around in your mouth and
over the area from which the tooth was extracted. Spit it out and repeat the process a few times. Doing this for a day or two will stop the bleeding and help prevent painful infections from developing.

Clove oil possesses both antiseptic and analgesic properties. This helps make it very effective for relieving the pain and discomfort people experience after having a tooth extracted. Clove oil reduces swelling and helps relieve the pain of sore gums or a dry
socket by numbing the area. To use clove oil, mix a few drops of it with a few drops of olive in a small container. Dip a cotton swab into the clove oil mixture. Dab the cotton swab on the tooth extraction site and hold it in place for a minute or two. This
helps increase absorption of the clove oil into the gum. Repeat the process every two or three hours if necessary to stop the pain and bleeding.

People often ask their dentist how many days to heal gum after extraction before they can eat and drink normally? With simple extractions, bleeding can stop in as little as
30 to 60 minutes. Generally, the blood should stop oozing out on its own in about 12 to 24 hours after the tooth is extracted. However, if the tooth was removed surgically and there’s a deep incision and stitches, it can take longer. Plus, it’s essential to have the right mouth care after molar extraction for bleeding to stop and healing to happen. If the bleeding lasts for more than 24 hours, see your dentist to ensure the extraction site isn’t infected.

If you properly handle the period of post op for extraction of a tooth, you can limit the pain and bleeding after tooth extraction you experience. Pay attention to all of the tooth extraction post instructions of your dentist. Contact Omega Dentists for a consultation if the bleeding and pain continues.